More about Mike and Diane

Diane Hall is a former member of the Cedar Rapids Symphony (now Orchestra Iowa). She was a music major for 2 years at the University of Iowa before completing her BSN degree in nursing. In addition she studied music for a year at the University of Minnesota. She was a scholarship student at Interlochen. She has played in various programs in several large churches in Minneapolis. As an arranger and composer, she has written music for a Christian women's retreat and has also written piano and violin arrangements.

You can read Mike's full bio here. While Mike has worn the classical "hat" all of his musical life, he is an extremely versatile musician, feeling equally at home in many different styles from traditional bluegrass, to Jewish music, to the world of creative improvisation. As part of a traveling music ministry for 10 years he performed solo and in ensemble in small as well as in extremely large performance venues and media settings. In that field he has shared the platform with Dr. David Mains, played with Bruce Carroll, and played both for and with the late gospel legend Dottie Rambo. He also played and recorded with Tziyon's Call, performing Messianic/Jewish music. He has performed frequently as a strolling violinist. 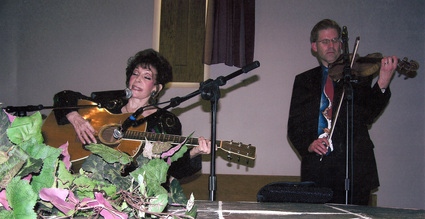 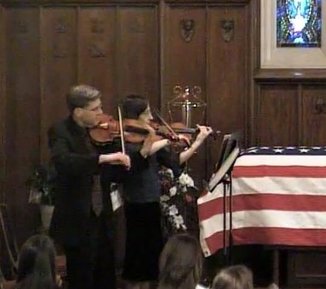 Together Mike and Diane have played weddings, memorial services, and anniversary parties. They have played on church worship teams and other church productions (including the Passion Play at First Assembly of God in Cedar Rapids). They have played special music as a duet several times at First Assembly in Cedar Rapids as well as at other churches. Their repertoire includes classical selections as well as Christian hymn and worship song arrangements that would be appropriate in various church settings.